Pictures can trigger ideas connected to our own experience with a situation or even an imaginary one! We exchanged photographs and had 20 minutes to write a story out of it. What our creative brain can produce within a short time is incredible. 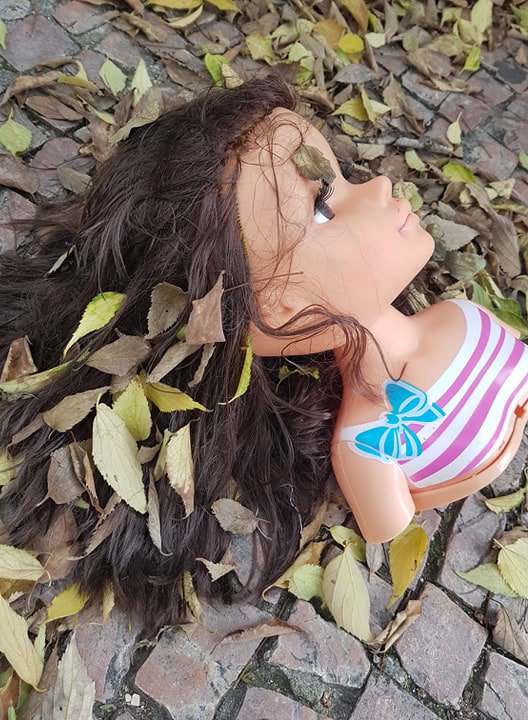 A Doll of Two Halves

Bright, beautiful and shiny, coming off the line.

Packed up, boxed up, sent to the store.

Where characters were stacked, from ceiling to floor.

Days go by, children walk by, the time ticked.

But one day it was her turn, she got picked!

She took her home, just in time for tea.

Unboxed, unpacked and ready for play.

For her and her new owner, it was a very happy day.

She was the favourite, the other toys could see,

Her owner only left her when she had to pee.

Sometimes she would take her out, to play and talk,

Sometimes to the park, she loved a good walk.

But one day there was a fair, colours and lights,

She rode in the backpack, it was quite a sight.

But after one ride, out of the backpack she went 'pop'

She smacked the floor with a bang, oh the stress,

Her owner didn't even notice, what a mess.

But something else was wrong, she couldn't feel her leg.

She looked down below and - there was only a peg!

Half her body was here, half was over the way,

Then a moment later, along came a stray.

The dog opened its mouth and the other half was gone.

She couldn't believe it, what had she done.

She tried to cry for help, but no one could hear.

After all, she was just a doll, paralyzed with fear.

Who would want her if she wasn't complete?

She didn't even have, an able pair of feet.

What if it rained and she got carried away?

She didn't want to end up in the sea or some bay.

But just as her thoughts were running wild,

She looked up and saw, a familiar child.

Her owner grabbed her, she was overcome with joy.

Her owner had come back for her favourite toy.

But then she looked her over and saw what was left,

Only the top half, that dog had committed theft.

Then instead of being put in her familiar bag,

She was carried towards something with a rag.

Then before she could even open her brain to think,

She was flying though the air and almost hit the sink.

She clattered and banged then landed straight in.

How could she? Surely not the bin! 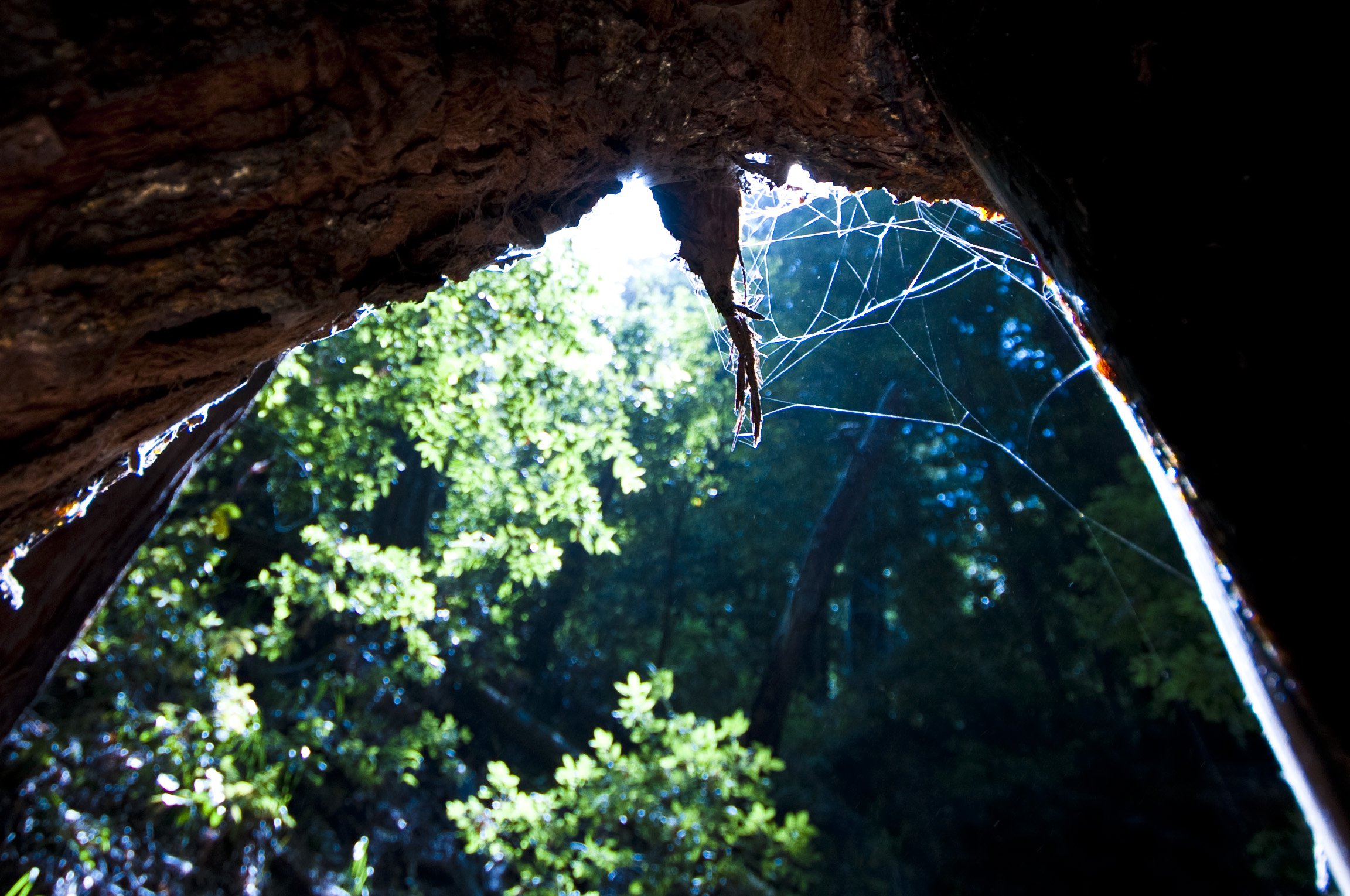 Walking through the forest and standing under the green light of leaves hanging around in such a high number.

Walking through the forest. Don't know what can be expected - everything is different but the same and beautiful needing earth water, light and air.

Some creators are living there, enjoying building homes, houses to live with the sounds and nutritions the place offers...

shade - light - wind - walking through the forest, seeing the strings climbing from leafs to leafs - tree to ground - they are building beautiful strong pictures - strong connections between the earth, when animals - spiders are playing around - creating random things while random light is presenting strings from different perspectives.

Strings which can be a road for a spider or a happy meal while others are happy not to be catched by the strings which seems to be everywhere - So we just go through it if possible - as if they've never been there...

Walking through the forest, taking the light - place it enjoy them from different directions - sun is coming from above - but maybe there is a reflection from the water or even the spiderstrings you haven't noticed!?

Walking through the forest, take the nutritions which are a natrured gift for you and is reminding you where you are coming from.

The earth has a lot of gifts to explore! Maybe it's in front fo you. 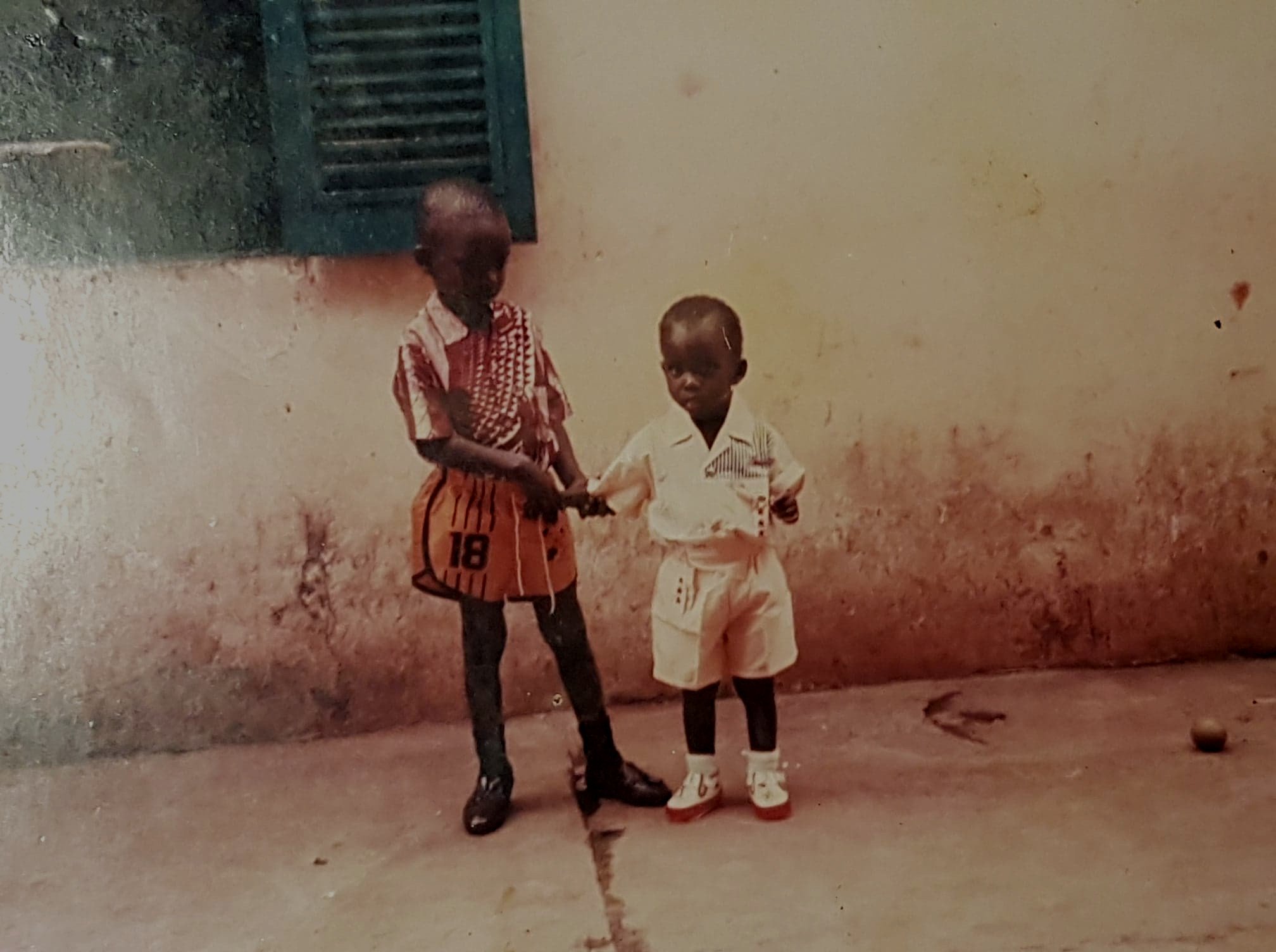 I hold his hand, the warm hand was shaking, but he knew that I would be there for him...

All my life I would give for him, his eyes wide open.

He does not know our world, the good, the bad the luck, the pain.

Everything he sees are dirty streets, kids playing outside day by day... but now he is shaking. Why?

I gave him the feeling every day to live his life...he is a kid..no hard work...no life ticking clocks..no pressure to get the feeling of surviving..

We are both alone..our parents left...I will protect him as much as I can...from the good, the bad, the luck, the pain...

But there was this man standing, watching him...and everything I teached my little brother disappeared in one moment...I saw it in his eyes...he was shaking.

The white man with his hat and the immense camera took a picture of us...

He does not know why..he feels it..I know..The big man will offer him a better life..

The warm hand sweats even more as he would know the good the bad, the luck, the pain in our world.

I know that he will have luck and I will feel the pain afterwords when he will leave.

But my task in life is to protect him from the bad and show him the good. 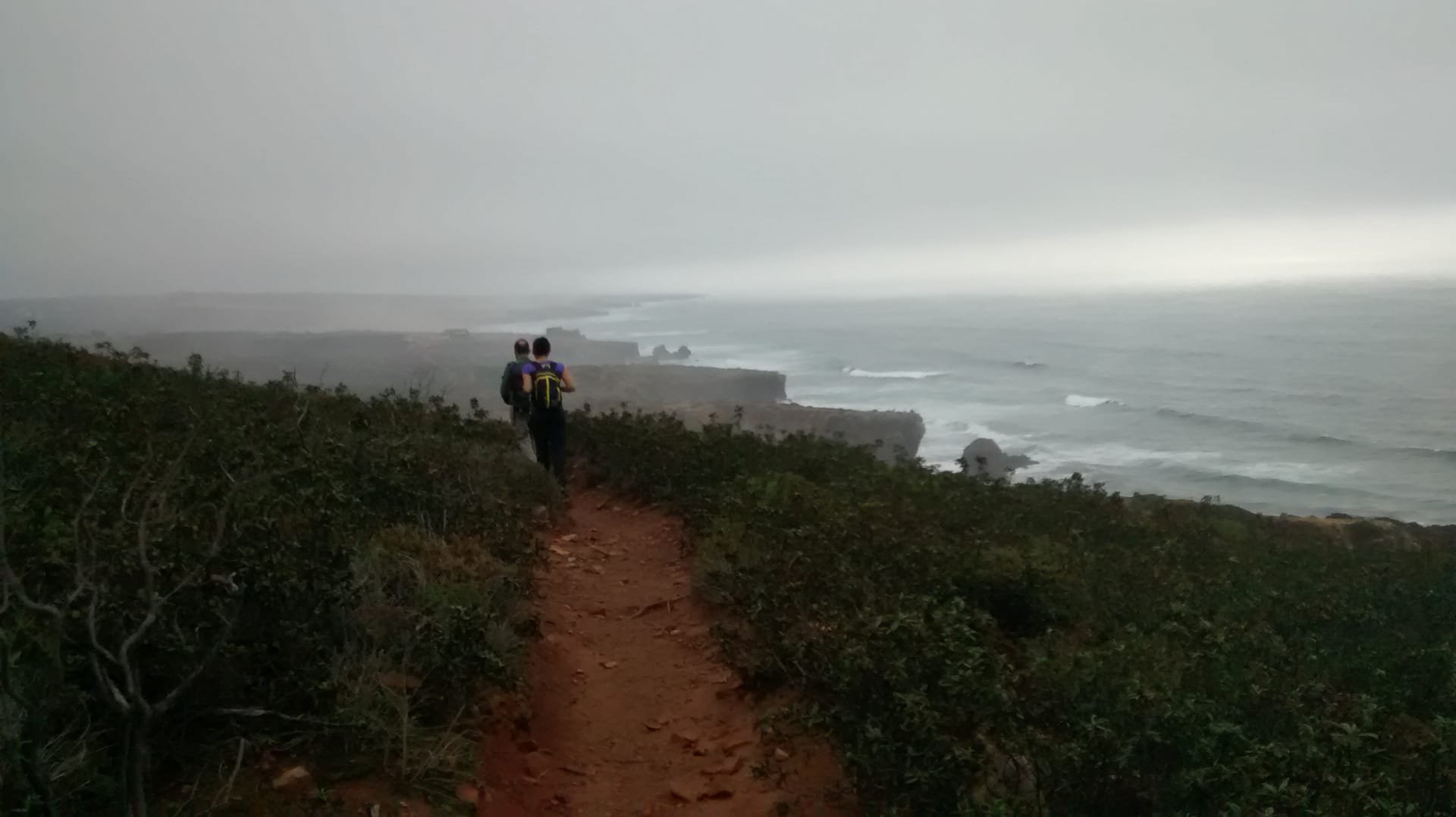 After the first days I was still convinced that I will make myself fall down the rocks and make sure I break at least a leg. I was sure I would do everything to not have to continue the walking. Not a single hour more I wanted to go by the way of my stepfather, silently expect the absolute necessary. Not a minute more I wanted to ask myself why my mother made me do this. Not a second more I wanted to be alone with all that questions. The question of my father.

With every step I felt my feet a little more, or if I think about it, it was my feet feeling the ground more. That ground stubbornly stayed hard and stony for days. The narrow path looked all to similar and always merciless.

But finally, I don't remember if it was after a week or a more, I felt not having feet at all, and my body was not caring about anything. My eyes go indifferent to the oceans steadily arriving waves. I got indifferent to why I hated him so much.

I started to think about myself, why I disliked who I was.

And then - we must have been around the world once or twice, passed by the same boring places all over again - I started to miss him. His funny moments, mostly when he was a little drunk. but Always funny, of a kind nature unique to this world. As he is unique to my history, to my life. And finally, responsible for me becoming a psychologist. 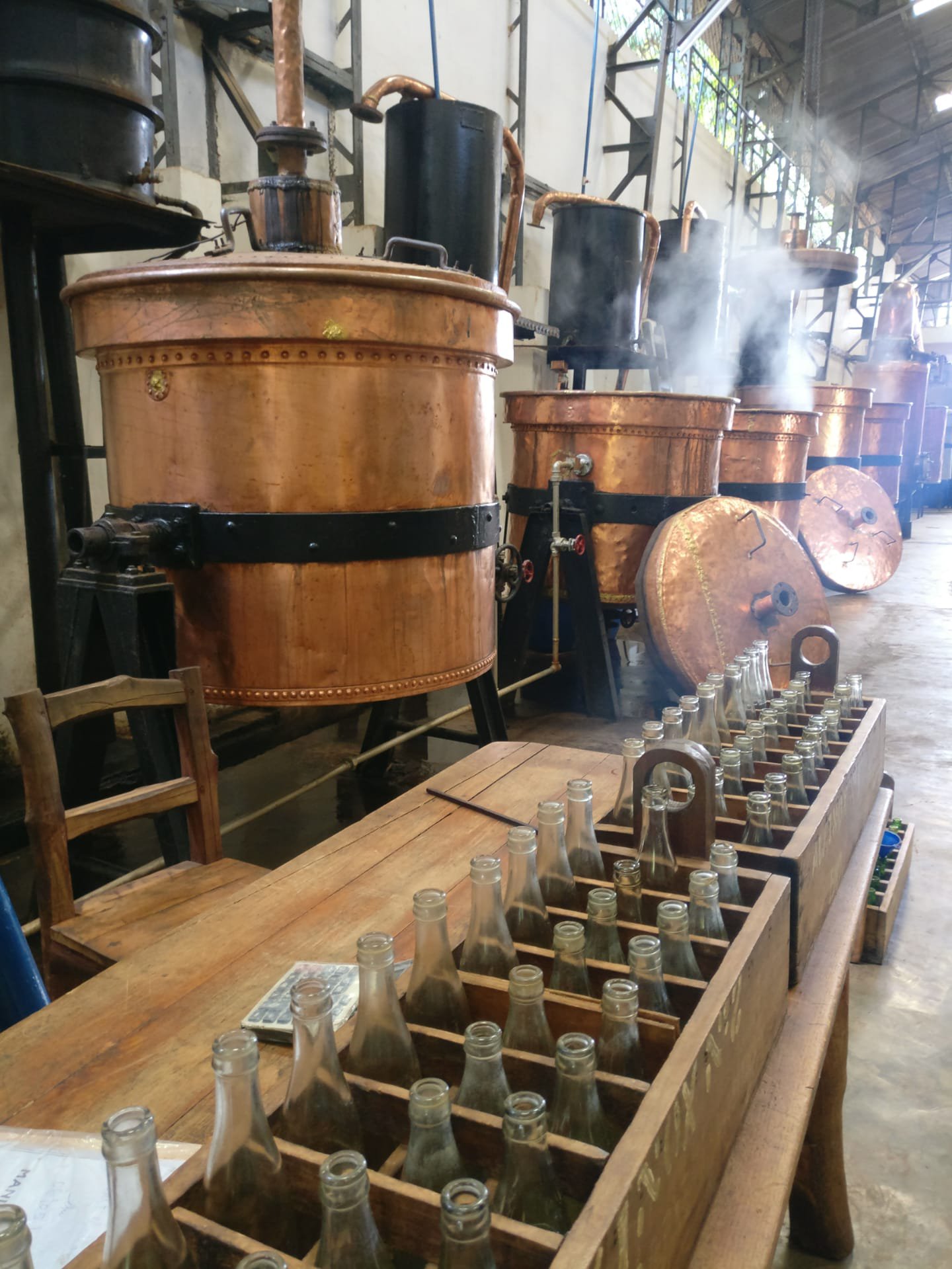 This was it, Gabi was now ready to try the serotonine-dopamine-beta serum, a cocktail of hormones and perfume also known as a love potion in a recipe improved from the ancients.

She smelled it for an instant and it had a vague scent of beer, honey and caffeine, but that could be fixed later. By now, she had tried small sips, but there was no effect aside from blurred vision so she tried larger gulps until she had drunk a full bottle, in desperation and maybe also a little hubris.

A lot of hubris. What would she fall in love with? An innanimate object? The first person who showed up. The lights blurred again and turned brighter. She blinked, but her eyes did not close, she raised her hand to block the brighter ceiling lights, but she could not.

What is wrong? Her heart raced, her hands were not there anymore. She opened her shirt, where was her body? She took her clothes off and sat on the chair stunned: how long would this last?