We like to share with you our results from the last creative writing on the 14.04. Each of us started with another character and location at the beginning (you see here as title photos). We gave 5 minutes time before passing the writings to the next person. Read the final result. 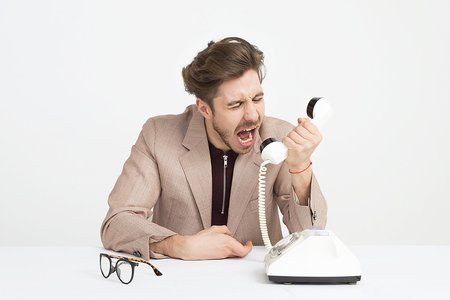 ED
Jason was infuriated. The more he yelled the less the woman understood. He was spiralling deeper and deeper into endless despair.

I mean how hard could it be to return a computer? He had explained 7 times that it didn’t work. Every time he would get redirected to another clueless advisor and have to explain the whole story again, or he’d be back to the automated system.

He could feel his armpits sweating. He was trying to compose himself but it wasn’t happening. He tried being friendly with one advisor. He tried threatening the next. Nothing was working.

He sat and waited impatiently for the next connection. Suddenly a robotic voice came through.

“I know what you did last week”

KIVA
The sweating got worse. He mentally scrolled through all the things it could have been, instantly knowing that he should be feeling guilty for something.

The homeless guy he kicked?

The woman he slapped in the club on Friday night… technically that was last week, depending on when the ‘week’ started.

Relax Jason, she is just trying to rile you up.

“We are not here to talk about me, I just want to return a faulty computer”
There, he gained the upper hand. I mean, he was talking to a robot here, he shouldn’t feel intimidated.

The tinny robot voice coming out of the speakers on his faulty laptop seemed to mock him even more. The sarcasm just coming through on one side… part of the problem.

Playing hard ball- that ought to work. Take the high road.

“I will have to report you to the authorities”

Oh god.. How could she know? How could he know? It? Oh it’s impossible to be angry when you don’t even know what you are angry at.

RIK
“Unless you apologise.”

There it was, the knife in his ribs. Jason does not apologise. That’s his motto, for fuck’s sake.

“Never back down,” he growled into the phone, unintentionally.

He wouldn’t even have known he did it if he didn’t hear it back himself as he listened to the recording of the call he was automatically sent after he hung up. Frustrated. Furious.

Jason threw his phone to the floor and it smashed.

LAURIE
He looked out of the window and thought about his children, his wife, his dog. It was all over. What was he going to do? How could this get out? Who the the fuck would have been able to get access to that call?

He went to his laptop and started writing an email. One click and off it went.

He opened the window of his office and tears streamed down his face.

He climbed out onto the ledge and nearly fell as a huge gust of wind blew by. There was no turning back. No choice for him now. He shimmied across and looked down onto a busy street of what looked like tiny ant like cars and people.

This was it. Nothing more to say.